The tortured women of Ksar Sountate

Ksar Sountate. A village perched in the High Atlas, less than 15 kilometres from Imilchil. Just over 130 people live in it. The only way to reach it is to follow the road that links Er-Rich to Imilchil for 120 kilometres…. In October 2014, it isn’t raining yet but the road is already in bad condition. It is only partly asphalted and potholed in places.

In Ksar Sountate, apple trees plantations stretch as far as the eye can see and the houses are made of mud. Furniture is sparse and the rooms devoid of any ornament. Blankets used to cover adults and children are piled up in a corner.

In the houses, the women serve us tea and sit down. They listen to the men providing accounts of the terrible days that followed the arrival of the mixed troops (army and auxiliary forces) in their village in March 1973. Armoured vehicles, gunshot, torture… they recount the atrocities committed by these men in uniform who stayed in the village for 45 days.

This is because Ksar Sountate is at the heart of a revolutionary region, on the mountainous line that links the Middle and High Atlas. … During colonisation, this region was one of the most defiant in the country. Later, Imilchil and the surrounding villages… experienced one of the most painful episodes of the Years of Lead repression. In early March 1973, opponents of Hassan II’s regime settled in the Atlas to prepare a revolution based on Che Guevara‘s model. The guerrillas try to foster a revolutionary movement. But the project is a fiasco: the leaders are executed. …Mohamed Bennouna, alias Mahmoud, one of the leaders of the clandestine Tanzim organisation, falls, weapon in hand. Others, children of the region, experience the horrors of secret detention. Those who are arrested are judged in Kénitra within the year. Saïd Oukhouya and Mouha Ouharfou, from Ksar Sountate, are executed. ….

[Mouha Ouharfou]’s entire family suffered the consequences. His son Zayed, then 18 years old, recalls: « They took us, my little brother, my mother and myself, Merrou Ouhammi, Zayed Oubassou’s wife, and Rabha Zayed Takhiyit, Saïd Oukhouya’s wife. In Bouzmou, our eyes were blindfolded for eight days. …We were subjected to all kinds of torture: insults, punches, electricity to sensitive areas of the body… » His sister Fadma died of it. She was arrested for bringing supplies to Saïd Oukhouya and his comrades hidden in the mountains. « She was tortured for eight days in a café called Baro in Bouzmou, » says Lahcen Aït Lafqih, historian of the Atlas region. « She was then transferred… [and]  died on December 20, 1976. » She was 52 years old. ….

Today, the men of Ksar Sountate mention reparations and compensations. But the few women who survived this repression are still living a nightmare. They haven’t forgotten….

Ytto Khouya Saïd is Saïd Oukhouya’s daughter. She was a teenager during the events of 1973. …« They came to get [my father] at home. I replied that he was travelling. They insulted and beat me. I went to ground with my sisters at home. We were alone since my mother was detained in Bouzmou. We had nothing to eat and could not leave the house. »

Saïd Oukhouya returned to the village, especially to see his daughters. « They learned that he was here….I was told to pass on that if he didn’t surrender, they would tear the village apart. …he went out, his weapon held high to show he was surrendering. As soon as he was caught, they showered him with blows before putting him in the helicopter. We haven’t seen him since. …My uncle collected a death certificate in Kénitra. But we never knew where he was buried. To this day, we haven’t been able to mourn him. »

Ytto struggles to contain her tears. « To think that they forced me to send my own father to his death. » The pain returns, intact.

Her suffering was only just beginning. Just after [his] arrest, she was taken to Bouzmou where the worst forms of torture were inflicted on her. …« I had four operations as a result of what they did to me. They were hitting my face, insulting me. And then, there are things I prefer not to mention. They were real bastards. »

At nearly 90, Merrou Ouhammi has almost lost her sight but she has not forgotten a single detail of what happened that year. …She no longer leaves her room. Wrapped in two blankets, she bears the after-effects of this period and suffers from chronic illnesses that her son Mouha struggles financially to treat. …She mentions the insults, the kicks and much worse. But not her rape. Her son is the one who talks about it.

In a shaky voice, Merrou Ouhammi recounts: « They came to the village, set up tents and requisitioned houses. They said they would ransack the village because we were the king’s enemies, we wanted to overthrow the regime. … We had never seen anything like it, even during the time of the coloniser. They wrecked our crops, stole our possessions, our money, the women’s gold. » Taken away with other women and even children, she was tortured in Ksar Sountate for three days to force her to say she was involved in the rebellion…and where weapons were hidden. Then, she was brought to Bouzmou. « My fingers were broken. A rag was placed into my mouth for hours on end. One of the torturers hit me, and with one punch he broke my jaw. What hurt most were the cries of the children. I recognized the voice of Zayed Ouharfou and his little brother. » Final destination: Goulmima where… Merrou Ouhammi spent eight months. « … My five children were on their own. There was no one to look after them…. » …

In the years that followed…, Ksar Sountate was subjected to a permanent siege. The residents of surrounding villages and hamlets lived with fear in their bellies. …Until the end of the 1990s, the Ouharfous, Oukhouyas and other families of the region were called « the 1973 people » or msakhite sidna (enemies of the king). More than an insult : damnation.

The families affected by the repression were in effect shunned by their immediate entourage. After her father’s arrest, Ytto Khouya Saïd had to work very hard to feed her little sisters. « We sometimes had to eat other people’s leftovers. My father had belongings, land, animals, and everything was taken. People feared greeting us. The grocer wouldn’t even sell us anything for fear that he would be seen as sympathizing with us. We also no longer had access to official documents. We simply lived in shame, even if we had done nothing. »

…Mouha never went to school, like the majority of children at the time. « We, the mountain people, were made to suffer, » he sighs. « I could not go to school because I was the son of the ‘traitor.’ » Throughout the interview, he repeats: « They ruined my life. »

It was only much later, at the end of the 1990s, …that things began to change for the Ksar Sountate families.

As part of a program of communal reparation, launched by the Equity and Reconciliation body (IER), a few actions were taken. The ministry of National Education named the village school and another school in the Bouzmou district after Fadma Ouharfou. A carpet was also named after her, since she was a weaver. Finally, a caravan of reconciliation to Agdz, the place where she is buried, was organised in March 2005…

Today, the victims have been able to obtain some material compensation…But for many of the women, victims of these events, [these] are insufficient. « Even if this house was filled with money, this would take nothing away from the horror and the wounds, » states Ytto Khouya Saïd. …« The State has not taken into account the feelings of widows and their children, » deplores Zayed Ouhadou Aït Benzendi. … « My mother died without begin able to hold a funeral for my father. And they dare talk of reconciliation! We’ll talk about reconciliation when we know where my father’s grave is. » Merrou Ouhammi’s son chokes with anger when he sees what has been offered to his mother, who confided she was raped to the two IER researchers: « They took her life, her dignity, her children’s future. And they have given her 100,000 DH as indemnity ! » His mother concludes: « For me, there is no forgiveness between us. God will administer justice. » 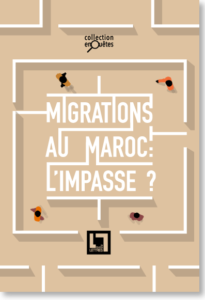 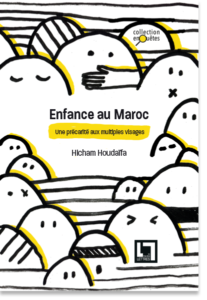 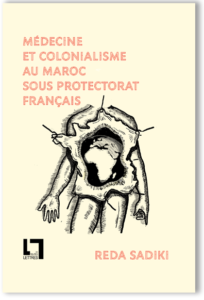 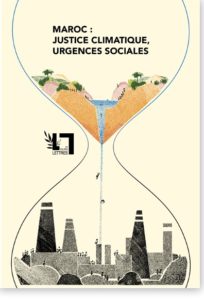 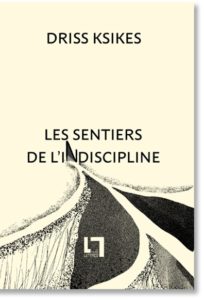